Hiroshi Ishiguro is at it again, but this time "it" has a winning smile.

Japanese researchers have developed a humanoid robot that can laugh and smile, mimicking a real person's facial expressions. The android, called Geminoid F, is modeled after a woman in her twenties, with long black hair, silicone skin and lifelike teeth. 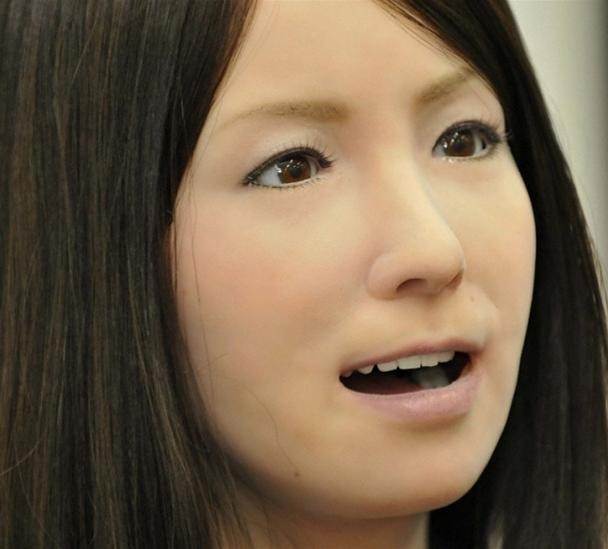 "The developers said they expected the robot to be eventually used in real-life situations, for example in hospitals.

'We've already got some data showing that the robot gave patients psychological security by nodding and smiling at them, when patients were checked on by doctors,' said Satoko Inoue, spokeswoman for Kokoro, one of the two companies involved in the development.

Copies of the robot are expected to be sold for about 10 million yen (110,000 dollars), mainly to robotics research organisations, Ishiguro said, without giving a timeframe." 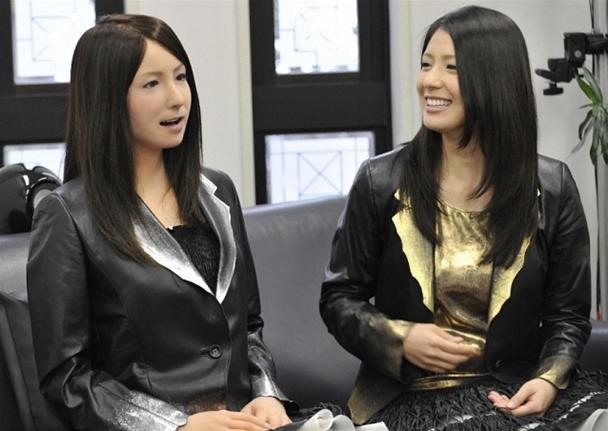 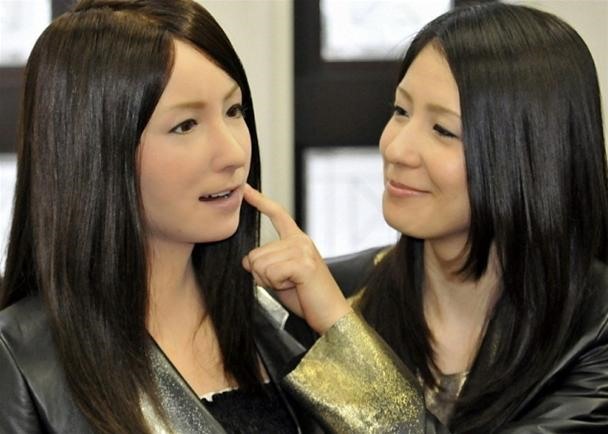 Teledildonics is on its way, its just a matter of when.

wow that was cool