The use of unmanned aerial vehicles (UAVs) has been widely used by the military for surveillance and reconnaissance missions—even armed combat. But there are other beneficial applications of an unmanned aircraft, such as search and rescue operations, scientific exploration, locating mineral deposits, transporting goods and even filming bikini models. But drone development can be pretty pricey, unless you just happen to have a 3D printer...

Engineers at the University of Southampton in England have "designed and flown the world's first 'printed' aircraft, which could revolutionise the economics of aircraft design." 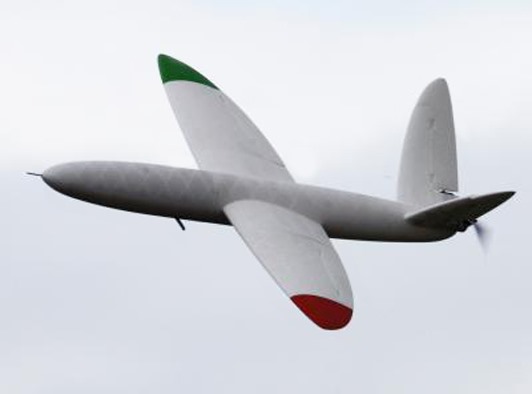 The entire structure of their flying SULSA (Southampton University Laser Sintered Aircraft) drone has been fabricated using a 3D printer, specifically the EOSINT P730 nylon laser sintering machine, which can fabricate 3D objects out of plastic or metal, building them up layer by layer. Using a laser sintering printer cuts down UAV production from months—even years—to just a few days.

Amazingly, no fasteners were used in the design, instead employing "snap fit" connections in the printed pieces so the entire aircraft could be put together without tools in mere minutes. The only thing that would be more amazing is if it could also print the wires and motors needed to drive this electric-powered aircraft, which has a 2-meter wingspan and can fly at nearly 100 miles per hour. In cruise mode, it's said to run almost completely silent.

Alright, so it might not be a cheaper method of constructing a UAV, since this sintering printer runs around $850,000, but it makes you wonder if it's possible to build a UAV using cheaper, consumer based models, like the self-replicating RepRap extrusion printer. Maybe you can even build a tiny UAV using the soon-to-come mini stereolithographic 3D printer from TUWIEN. Some RC fans are already hard at work creating their own 3D printed UAVs, like this Hellcat replica. 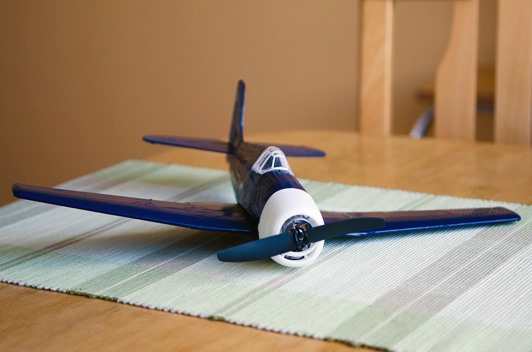 But really, we'd like to see one constructed using the Solar Sinter!