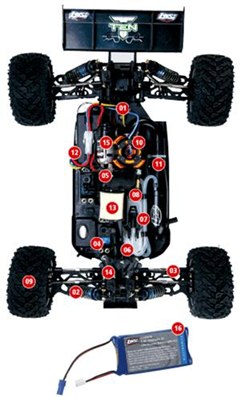 Check out these specs, via PopSci: 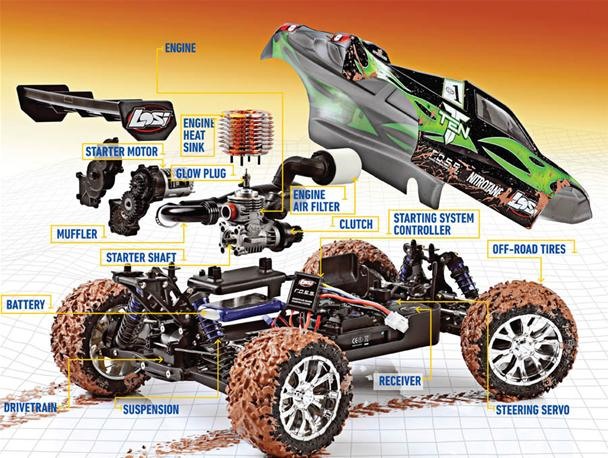 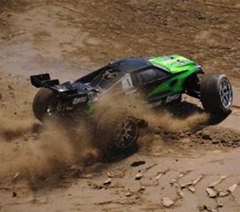 "Gas-powered remote-control cars provide realistic racing fun. They burn a gasoline-like fuel called nitro (made of methanol, nitromethane and lubricant) with miniature internal combustion engines. Losi's Ten-T gets even more authentic by adding a starter that works like a diesel engine's. Nitro cars are usually hard to start: You have to pick them up, use a hand-held motor to spin the engine, and simultaneously work the remote's throttle.

With the Ten-T you just hit "start" on the remote. That turns on the car's own electric motor, powered by a 7.4-volt lithium-polymer battery. The motor turns a starter shaft behind the engine, which spins the crankshaft until the engine's suction draws in fuel. Meanwhile, the battery also lights a glow plug, similar to a spark plug, in the engine. The plug's hot element, combined with the compression of the fuel-air mixture when the piston rises, ignites the fuel. Then the plug keeps glowing, and the fuel keeps burning, until you're ready to call it quits." 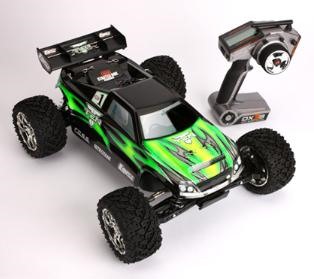 The Ten-T retails for 500 big ones. If you're interested, you can find a retailer through Losi's site.